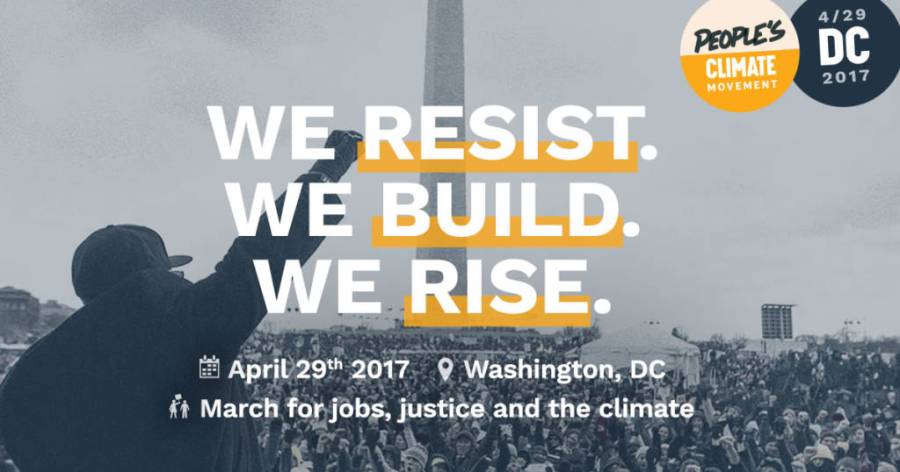 Climate change. Was your first thought a polar bear stranded in the Arctic? Or was it an afterthought, a problem so complex and distant that will never affect any of us? You’re not alone. Scientists have framed the issue as a scientific one, expressed through the latest groundbreaking data and sophisticated, technical figures.

However, the climate crisis is not simply a scientific issue or solely an environmental issue. It is much more complicated; rooted within global poverty, intertwined with systemic racism, and fueled by a society that embraces capitalism and values profits over people. Climate change is a matter of social justice.

The numbers speak for themselves. Preliminary reports show that 2016 was (yet again) the hottest year on record, the third straight year laying claim to such a record. Fifteen of the warmest seventeen years have come since 2000. The Earth is getting warmer, this is undeniable, and 97% percent of climate scientists believe it’s due to our actions.

Yet, numbers only tell half of the story. They convey danger, but fail to capture emotion. Lost in translation is the human impact from a changing climate. How can we expect citizens to get involved when we can’t even communicate and express what we’re facing in empathetic terms?

We need to reframe the issue of climate change. We need to talk about how an African-American child is three times more likely to go to an emergency room for an asthma attack than a white child, and is twice as likely to die from asthma attacks. We need to talk about how fossil fuel companies exclude indigenous communities from the decision-making process and instead exploit their sacred lands for gas extraction and development.

We need to broaden our focus and recognize that growing resource scarcity threatens our national and global security. We need to promote policies that address the root causes of climate change: global poverty and systemic racism. Increase access to family planning resources in developing nations, support finance for treatment among individuals with HIV/AIDS, and promote gender equality in global education. Incorporate communities of color and indigenous peoples in the decision-making process, so fossil fuel companies no longer disproportionately cite environmental hazards within these overburdened communities.

Climate change is broader than we think it to be; we cannot solve the climate crisis unless we also address the social and racial undertones. To change everything, it takes everyone.

So how can YOU make a difference? Speak up. Make it personal. Don’t focus on the scientific jargon, but rather express the human impact. Communicate the values you want to preserve to others. Tell stories. Convey that even the smallest changes in one’s lifestyle can collectively lead to transformation on the global scale. Empower others and be the change you wish to see in the world.

On April 29th, I will be joined by dozens of students from the University of Maryland at the People’s Climate March in Washington, D.C. Among us will be student leaders, activists, scientists, and artists – people of all backgrounds collectively marching for justice. We will be marching for indigenous rights, for access to basic human rights, for clean energy jobs, for freedom of expression, and for a more sustainable, just world for generations to come.

This is a call to action.

We hope you can join us.